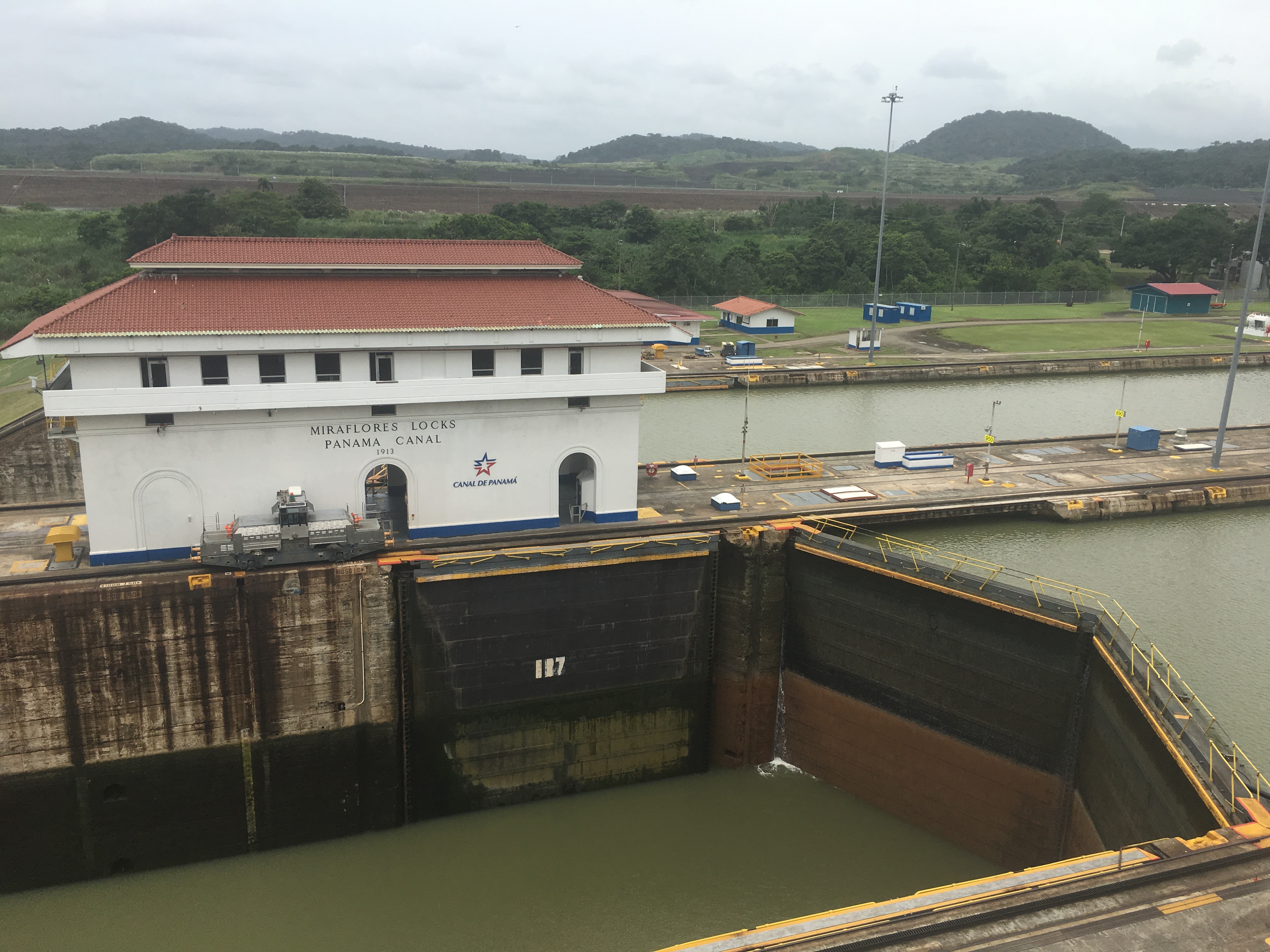 We’re almost through, aren’t we? This feels so weird, honestly. Over the last few weeks I have been blogging weekly which feels very much like an achievment to me.
Thank you to everyone who has been part of this journey with me! You mean a lot to me!
Now: Without further ado: Here’s part 6: Back to Panama City!

Let’s adress the elephant in the room: The Panamá Canal

Apart from tax fraud this is probably the ONE thing most people associate Panama with. The Canal. In and of itself a wonder of modern – and not so modern engineering
Now: I’m not an engineer … I watch movies in class. So all of this wasn’t too exciting for me. I feel like I should disclose that.

If you want to see the flood gates open and close you should most definetely check the schedule and be there early. While the bus drivers may not care about time and punctuality most captains do.

If not: There’s more to do: There is a museum spanning over four or three (I think) floors all themed differently.
The first floor holds exhibits concerning the canal itself: How it was built, tecnology, important people …
The second floor holds exhibits about Panama itself. It’s nature, insects, fish …

The third holds More exhibits about the canal but focuses more on modern day: How is it operated and upkept these days, …
There’s also a terrace on the roof so you can have a good look at the Miraflores Lock and (in case you’re there on time) watch the ships.

It is a lovely museum, styled very well and ukept nicely. You should check it out even if you’re not interested in the canal itself. It’s also really nice for families.

No time. No outside world. Just Albrook.
I may be overexaggerating a little bit but Panamá City’s Albrook Mall – the biggest Mall of South America – is massive. It’s its own little village. I am sure that you could survive the Apocalypse in there.

They have everything: Supermarkets, Fashion, Lush, Food Court …
And some more niche things: I especially liked the anime store and the bead shop where I left some money …

In the end it’s just a Mall, though. Have a look, be swallowed into the depth of hell and go shopping – it’s an experience – but don’t value it over more exciting things!

More exciting things? Like the Monkey Islands on Lake Gatún.
This was one of my more spontaneous trips: My friends had both left town so I had two days left for myself.

Then I heard about the Monkey Islands outside Panama City: First of: A place (almost) named the like one of the best Point-And-Click -Adventure series? Yes. I already had my pirate adventure (See my Portobelo post) but still: Yes. Monkeys? Yes. Because they’re cute little fudgers.

With 70$ I found the trip somewhat expensive. I am not super sure If I’d spend the same money again.
The tour was also a little different from what I’d expected: I was expecting us to walk through the island forests and spot some of the monkeys in the trees … No.

We would come all up and personal with the little rescals. We’d drive out to the lake, enter a boat, drive duwn parts of the canal and the go near the islands … The guide would put peanuts in our hands and told us to just hold our hands out. Guess what?
The monkeys went on to jumpf onto our boat and snatch the peanuts.
I had also packed a banana since I didn’t know when we’d finish and I wanted to have some food with me … Well, I did not eat that banana that day. The tamarin monkeys did.

All in all there’s three species living there: tamarins, howlers and capuchins. And they are all adorable!
You probably won’t see the howlers up close, though … But you will hear them! I can easily imagine how that would be amazingly scary if you were a British explorer looking for unimaginable treasue and you didn’t know these sound were made by mostly harmless monkeys.
We also saw a crocodile, a lot of birds and some sloths on our way back. All in all a nice trip.

I’m not entirely sure if it’s the best for the monkeys and I felt a little awkward and sad afterwards. I feel like it’s better to just leave them be.
The islands only exist since they had to relocate the monkeys when building the canal …

That’s it then – The end of my Panama Travels

I’ve told you about everything I did in Panamá. Wow.
I hope you enjoyed this journey with me and that we can go on many more adventures.

In case you missed some of the precious parts; here they are in order:
Panamá City
Santa Catalina
Boquete
San Blas
Portobelo

Or: Save 10% on your order at Lucie and Leo with my Code: MUPFIN.SMILES