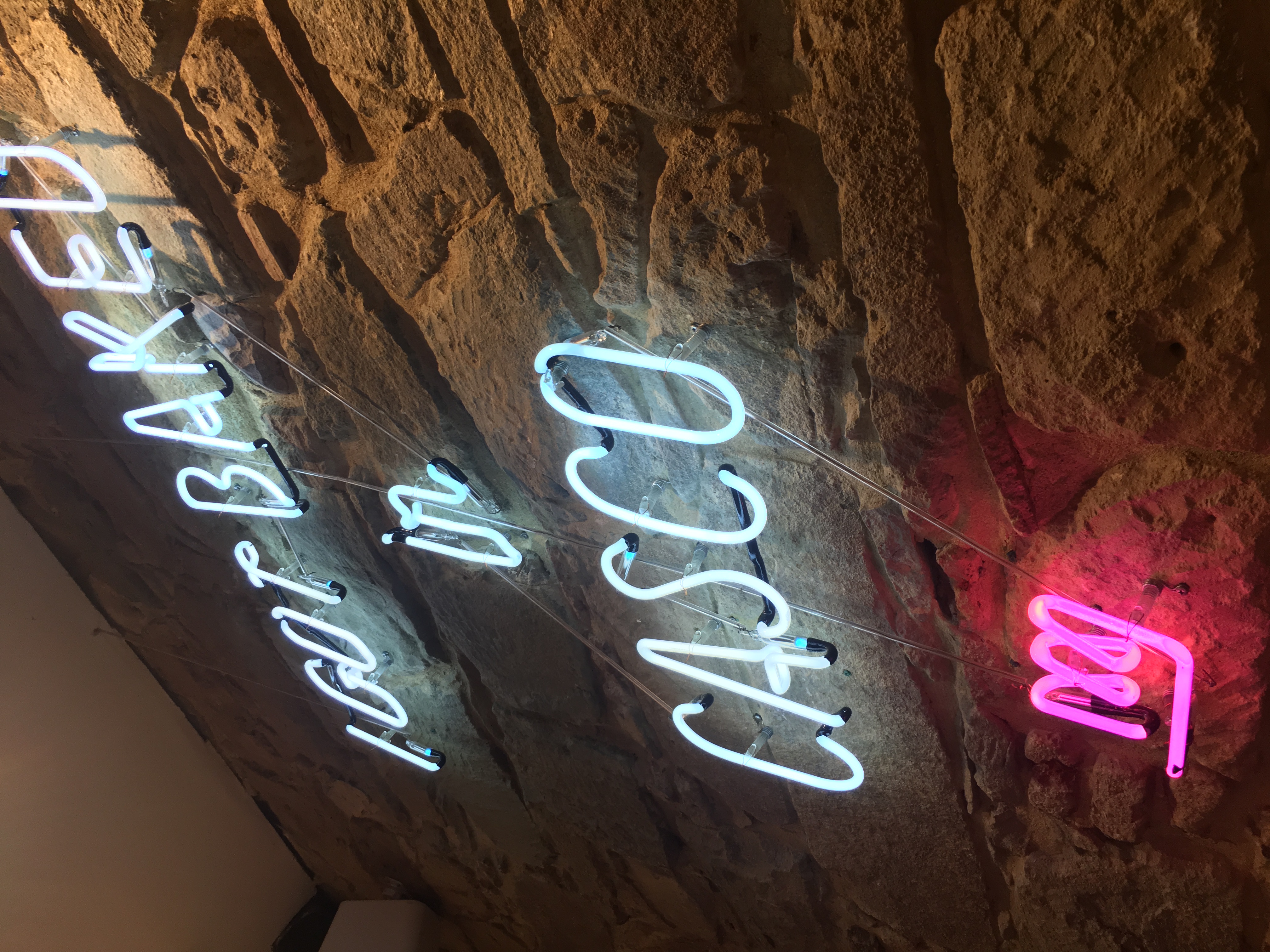 Good evening, morning or afternoon – whenever it is where you’re at right now – my friends. The few of you who follow me on the good old Instagram or the not so good old tumblr may have noticed it: I have been on vacation. For three weeks I’ve been travelling Panama. So; without further ado: Here are some of my Travel Stories: Panama.

Wehen one of my dearest friends asked my wheteher I wanted to travel with her, I was in. When she told me she was planning to do it in Mexico or Panama I was … hesitant. You see: She is fluent in Spanish, a huge fan of South andCentral American and was leaving for an internship in Costa Rica; so it was just natural for her to be visiting another country in the area. To me none of those countries had been on my radar – at all!
So I took a little bit of a leap of faith – and I do not regret it!

I landed on Tocumen International airport somewhen in the evening on August 12th. And to be fair: It’s not necessarily one of my favourite airports … I mean, I had plenty of time to access that since I’ve been waiting there for some time. You see: My freinds flight would only arrive sometime later.
The atmosphere there was not particularily comfortable for people to wait – maybe that’s just my own bias – and getting hassled for a taxi about every 2 seconds does not help.

But nothing of that mattered as soon as we entered the city in our hostel shuttle: By now it was very dark outside so when the gleaming skyscrapers showed up on the horizon it was a sight to behold. The blue shining light made it seem as though it was a city built underwater (I kind of felt reminded of Bioshock’s entry scene to Rapture if that makes any sense) or it’s own living, breathing beast.
And honestly: I prefer the city at night. It is somewhat magical whereas daylight strips away all of that charm.

Travel Tipp: Don’t use taxis. Most of the people we met where getting around by Uber. It’s fairly safe in Panama – though: always check the licence plate, car and driver and be as safe as possible! – and usually cheeper, especially if you’re sharing. There’s usually a lot of free WiFi around so ordering one isn’t a problem either.

Now: I’m somewhat of a big city fan but I also know to appreaciate the countryside. And I didn’t mind being in the city but it gets a little boring after some time. To be fair: I only got to see it form a tourist’s perspective; Even though I was backpacking. Whenever you’re in a place for just a couple of days – that’s not the same experience as living there for good.

There are a couple of touristy things to do, though:

The old quarter is probably one of my favourite places to ever visit. Now: I’m one to romantizise: Country Cottages, Deep Forests, Old Ruins … Yeah. Get me some of that.
I didn’t help that I had recently played through all of Uncharted and was feeling adventureous.

If you’re feeling similar yet still want to keep to the safe confines of tourism and the city you should check out Casco Viejo.
It’s very easy to reach from the city by – again – either taking an Uber or taxi or by walking. I’d suggest doing the latter.
Walk towards the oceanside and simply take the promenade on Avenida Balboa. You can’t really miss it and it leads you right past the fish market straight into the arms of the old quarter. The gardens around are very well maintained and gorgeous, sometimes you’ll meet merchants selling fruit, hotdogs or bracelets, there’s people walking their dogs, families playing … You’ll feel alive and like you’d fit right in.

The old quarter itself feels like a completely different town; it’s a place of contrast. There are some beautiful Spanish colonial buildings with intricate walls mixed in with run down ruins, hipster coffe shops next to traditional cafés.
There are plenty of routes you can tak to get around everything there is to see but our tactic was more or less just stumbling about cool stuff … So go exploring your own way.
There are some things giudes will usually tell you not to miss:

Honestly, though: Just have a walk around and you’ll find something!

Some of my favourite places to eat/get coffee were the Royale Cookie Bar and Café Barru. Both of which we just stumbled across when we returned to Panama City after travelling. I’ll tell you about them now anyways:

The name is very telling, isn’t it? Don’t go there expecting a whole meal. If you’re still hungr, however, and you’re feeling like a quick sweet snack made with love and some good coffee: Thats the place.

This cute and cozy restaurant is a bit far off from all of the touristy stuff and further into the city.

We stumbled in here by mistake (I know: I’m sensing a pattern as well). A person in Boquete had told us about Chinatown in Panama City and how good the food would be there so I went looking. To be fair: It started raining, we didn’t really find anything except for a Chinese restaurant and – later after the others had left – a huge Chinese gate. But – half soaked – we stumbled into this restaurant and had lunch there.

They told us that they’d only recently opened so traffic wasn’t great yet. There’s also not a lot around and it is a little off the mainly trafficed area.
Lunch was very good: You get a sandwich, fries and a drink for – let me remember this correctly – 8$

Here’s why I love this place, though: One of our friends had to quickly get her laundry at her hostel – which was nearby – it was still raining, though. So my other friend and I decided to stick around a little.
The -amazing and funny – waitress then came up to us:

“There’s a little game we like to play when waiting. How about we try and whoever wins gets a coffee?”

So obviously I was game. Who wouldn’t be? My friend was a little on the fence so the other one stuck around a little longer to face me (the terror of Casco Viejo, duh). We were expecting something like chess or a Middle American version of Mahjong … Nope. She started gathering the empty coffee bags off the railings and gave each one of us one: We were up for a game of sack race.

I won. No biggie. But oh my god. was it fun! And my free coffee was delicious!

So: if you’re ever around the area check outh Café Barru! The atmosphere is great, the food delicious, the staff amazing! Give it a shot!

If you’re still hungry and given you haven’t passed it on your way to Casco Viejo: how about you check out the fish market for some cevice.

For those who don’t know: Cevice is a fish dish – eaten in many coastal south american countries. It usually involves raw fish being “cooked” by the acid in lime juice – which is poured over said fish.

There is the inside part of the market – selling fresh fish and seafood to take home and prepare yoursefl – or you could stay at the ouside portion of the market and eat some freshly prepared fish dishes there.

Now: You will instantly be swarmed by people – menus in hand – and hustled towards the tables belonging to their food stall. I know it’s a little weird for Europeans but it’s normal. Don’t get stressed and take your time to pick.

Tables are usually pretty ful around lunch time so get there a little early or a little late and try to sit where the locals sit.

Now: You could go and spend money on magnets, mugs, keyrings … But don’t.
There’s a lot of little stalls all around Panama and especially Casco Viejo, where people offer their wares: Handmade bracelets, bottled ships or beautiful traditional woven baskets and masks. Most of the times it’s the Guna Yala indigenous people who make them.
I got most of my souveniers there.

Thank you for reading …

So … That was episode one of my Travel Stories: Panama series. I hope you enjoyed getting alittle look into my journey. I’ll try to finish up next part around this time next week, so: Look forward to that!

You can check it out here!
Or check out number 3 here!

I posted some pictures on: