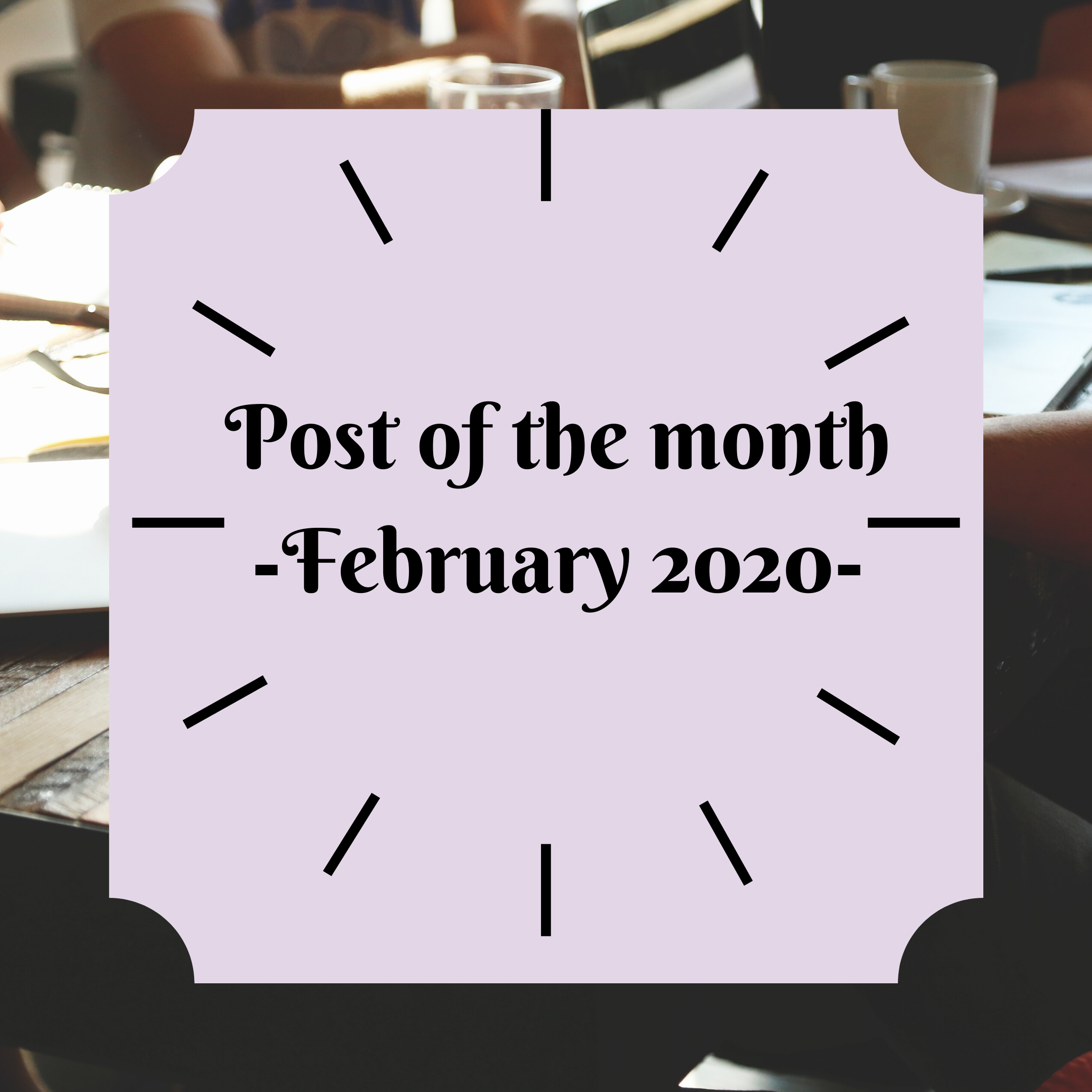 A wounderfull day to whoever is reading this. You may remember a little thing I started last month: I was going to collect all the things that happend in my life and on this blog in one article. Well, I haven’t forgotten. I just got tied up.
Yes, March is almost over and I still have not written a Post of the Month – February 2020. The last one and a half months were quite weird ones to be honest.
February has been fairly eventless yet stressfull, March was similar. It is hard to explain, but let me start, where all stories start: At the beginning.

Posts that (finally) went up

Even though I am still struggling with keeping a current and constant uploading regimen I was a little more productive this month:

I revisited a movie I watched in January: The VVitch and collected my thoughts into an article found here.
A very creepy dive into the human psyche yet probably not a film that will keep me up at night. Still: I like its play with the viewers mind and Eggers Lovecraftian way of dealing with the unknown.

I also (finally) finished a post I was working on ever since I saw the film in November (I think): Thoughts on Portrait of a Lady in Flames.
It was quite an emotional ride for me and I lot of feelings came back up. This French film is absolutely gorgeous. It is a very quiet film, wich then leaves a lot of room for the viewer to reflect a little.

Post of the Month February 2020 – Uni and personal stuff

Why was February so stressful even though there was nothing going on? Because it was exams time! Well … I was surprisingly relaxed this time since I only had three and a couple of papers and projects. Honestly, I find the latter to be a lot less stressful than a full on exam. Sure, you can still fail and sure there’ll be a grade … But I get to work on it at home, on my own. I get to plan everything I’ll do and I get to do it on my own time.
Exams are super regulated and it means regurgitating a lot in a little time. I feel like they don’t really say a lot about a persons knowledge and ability … It’s just simple regurgitation, but maybe that’s just me.
I made it through most and I only got my Maths grade back so far so I’m still waiting for everything else.

Since we went into exams, we also stopped having classes which meant I’d spend a lot of time at home. I did go for a couple of walks at times or hang out with some people but otherwise this time was pretty chill.
Weirdly I didn’t really get to watch many new things and I am still playing Witcher and Persona 5. Almost done with both, though.

I did sound and also went to starr in another small project for Valentines day, which you can watch here.

Since I wanted to use my free time properly so I signed up for some language classes at my Uni. One of which was Italian. So for the last week of February I went to class every day.
I was actually inspired by “Ladri di Biciclette” in film history class. It’s a nice language but I probably prefer Spanish, still …

Yes! Finally something to report: I was planning on going to LBM this year (in March) so I got very hard to work at my Persephone (Lore Olympus) Cosplay:

I was almost completely done before March …. I never got to wear it since the convention got cancelled due to the current Corona-Situation.

The cape was made from an old pattern I already had cut out since I had made it before. The fabric used was this cute and fluffy fakefur with sequins and rosé coloured lining. I usually like to line my cosplays. i know of some people who don’t but to me it just feels better on my skin. I also want to better my skills and learn new things so doing things properly is what gets me there.
That said: I regret it every time. Lining is a bitch. It’s slippery and it annoys the shit out of me.
Same goes for the fakefur. It looks so cute and it is so soft but oh boy … I’m still peeling fuzz out of crevices I never wanted it to be in …
The cape also doesn’t fall as well as it would with a proper coat fabric but I made it look quite ok.

Can we talk about the dress, though? I love it so much! I adjusted a pattern I had, added the cutouts and the high collar and made it out of a fabric I got from my grandma. She used to be a seemstress and still has so much fabric left in her basement. It has little flowers on it which seemed perfect for Kore.

I also made a broach from fimo and added some pearls.