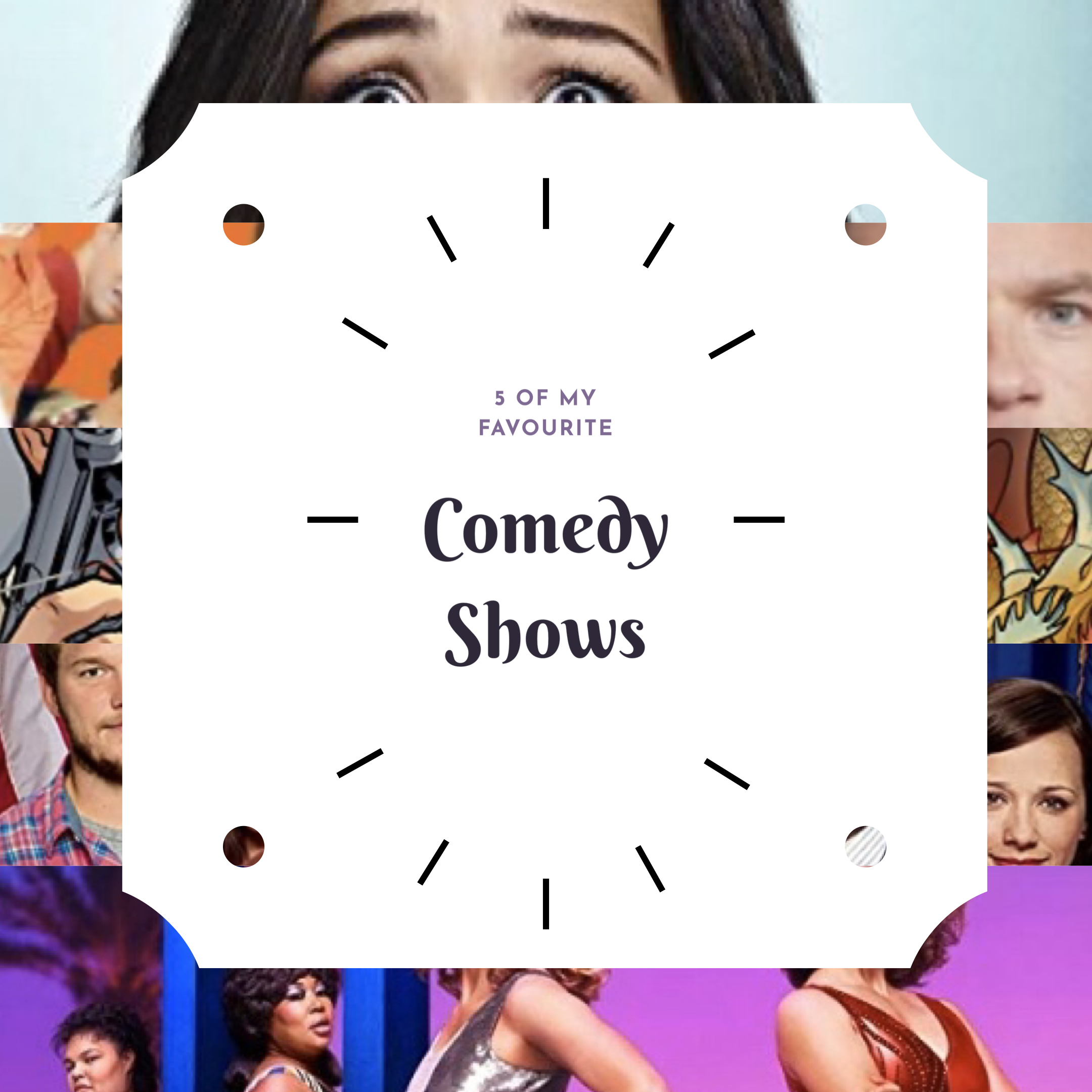 Good evening, online friends. I hope everyone is well and good and most importantly: healthy.
Life is currently a little frustrating due to the COVID-19 outbreak and the connected (and in my eyes more dangerous) mass panic.
I’m fine and so are my close ones but I am a bit frustrated and low on energy right now. A lot of things I was enjoying or looking forward to got cancelled and it’s just taking it’s toll.
I try to get back on a posting regimen, though so I though I’d mix it up with some light entertainment and a post that doesn’t require me to put in as much enegry as I normally would have to.
I am sorry it’s not wholey what you’d wish for or expect but it’s what I am capable of right now.
It also feels like a nice way to get to know each other: Here are 5 of my favourite comedy shows, why I love them and why you should or should not watch them, according to what you’re looking for right now.

Creator: Jennie Snyder Urman (based off the Telenovela Juana La Virgen)
Seasons: 5
Episode Runtime: around 40 Minutes
Mood: Heartfelt, Soft-and-Cuddly, Romantic
Good for: When you’re looking for something to binge with a friend or something to surprise you and rethink your preconcieved notions

Jane the Virgin is a show I never expected to like. Especially not as much as I do these days! I am not big on romance and I am not big on drama. I like low-key funny shows with strong story and character development.
So the American adaption of a Telenovela really doesn’t sound like a particularily good choice for me. It didn’t help that the TV channel running it over here seemed to be especially make it out to be about romance and the classic love triangle.

And it is. But there is so much more to this show. I started it as a boredom watch and I got completely caught up in it.
Now: Jane the Virgin has its good share of romance and its good share of melodramatics … yet that’s part of the charme. The show is so much more!
It intelligently subverts genre tropes adds element of magical realism.
Every character gets time and care to be reflected on and to evolve, so do the plotlines.
And: It is amazingly diverse! I’d even blame it for my interest in learning Spanish (though there were other factors), reading Isabell Allende and starting to write again.

It follows a young religious latina woman – Jane – who has promised to keep her virginity until marriage. Then one day, she gets artificially inseminated by mistake. Her gyn – the father’s sister – went through a particularly rough breakup the night before. Not only that but the father is also her current boss, whom she’d had acrush one years earlier.
Their lives now get woven together while each of them still is in a more-or-less commited realtionship and a dangerous drug lord is on the lose.

That’s a lot. But it’s also very much worth it.

Whether you’re looking for a smart and self-aware show or just want to cuddle up and cry a little: This show’s for you.

Creator: Ron Howard, Mitchell Hurwitz
Seasons: 5
Episode Runtime: around 20 Minutes
Mood: Crazy, Offbeat, Hilarious
Good for: Something to actually watch and enjoy, smart and subtle humour, something to make you feel better about your family

If you know actual real-life-me, you know that there are a couple of things I will actually never shut up about: Arrested Development is one of them. I talk about it so much, I even talked about it during my entrance exams for my current college course. So I make it at least a little responsible for know academically pursuing my madness.

Now, granted: The show’s particular brand of humour probably isn’t for everyone and I feel like it demands attentive watching to fully endulge it. But it is so worth it. What makes it so brilliant are the many thought out setups and payoffs and callbacks to earlier jokes that make the seasons all form one big joke. That magic has faded a little over the last two seasons, though.

The show follows the quirky and ruly unique members of the affluent Bluth family who have to handle chaos and mishap after their patriarch get arrested for fraud.
And while responisble Michael is trying to rebulid the business his self-obsessed family members make his job harder by the day.

Archer is a deliciously stupid show. But it’s also amazingly smart. I am usually not a fan of “offensive-to-be-offensive” humour that many adult animations carry themselves on. And Archer does that … But it does so in a very self-aware and critical way. That makes it a great watch for people who just want to lean back and enjoy something silly, while also offering some entertainment for pseudo-intellectuals such as myself.

The show follows the members of a spy agency on their daily escapades – professional or personal all while offering satire on the genre.
I have recently done a rewatch and I need to say: I actually prefer the later seasons. They change the spy-setup a little and start experimenting with other genres.
There’s many callbacks and easter eggs as well as fourth-wall-breaking-jokes and of course references to the parodied genres. Which I love.

Michale Schur has a great hand for character creation. I’ve never seen a show of his which didn’t makeme fall in love with every single character in an instant.
Now, granted most people probably already know most of his shows … I’m not early to that party. But I’d still love to put out the reccommendation.
Following the different workers of an Indiana town’s public Parks and Recreation departement, this show will always be a comfort watch for me.

Where do I start with GLOW? I like watching it and I like waiting for new seasons, who seem to be coming out seemingly rarely, given it’s a Netflix production. But that’s a good thing! Every season seems to be amazingly well thought out and not rushed – other than those coming out every six months.
What I also love about GLOW is that you can very much feel that it’s been made by women for women, without most of the silly “Girlpower”-pitfalls most female-oriented yet male-made products display. I love that and it helps with conveying meaning.

GLOW is about community and love in all its shapes and sizes. It’s about different lives that somehow found together.

The show follows a failing actress who, responding to a casting call, ends up doing a wrestling show with all sorts of different women. While they seem different at first they grow closer, without giving up themselves.

It’s also set in the 80es without that actually being a huge point of marketing. Like, the show actually manages to be endearing without constantly reminding you of its setting and hoping for you to love it due to pseudo-nostalgia (Unlike other shows in Netflix’ repertoire).

Please check out some of my other posts

Some videogames for women (and anyone who’d wnat to play them!)
Thoughts on actual sunlight
Thoughts on Portrait of a lady in flames

Or pay me a visit on Social Media